Temporary Closure of Embassy. Due to continuing inclement weather, which affects public safety and possible disruption to transportation and other utilities services, the Embassy remains closed. For emergencies or other urgent matters, the public can contact the Philippine Embassy through Email at athens.pe@dfa.gov.ph or +30 697 431 9539.

Republic of the Philippines

EMBASSY OF THE PHILIPPINES

Republic of the Philippines

EMBASSY OF THE PHILIPPINES

Due to continuing inclement weather, which affects public safety and possible disruption to transportation and other utilities services, the Embassy remains closed. For emergencies or other urgent matters, the public can contact the Philippine Embassy through Email at athens.pe@dfa.gov.ph or +30 697 431 9539.

CLOSED TO THE PUBLIC

The Philippine Embassy in Athens will be closed to the public on the following days in observance of the Philippine and Greek holidays: 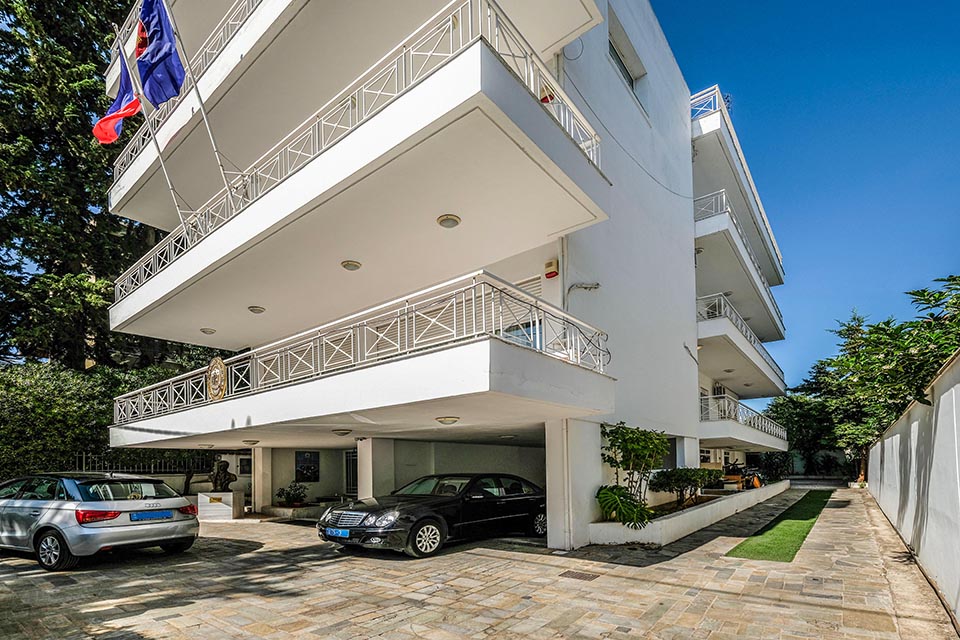 Consular Processing:
Monday to Friday
(except holidays)
9:00 am-4:00 pm

Due to continuing inclement weather, which affects public safety and possible disruption to transportation and other utilities services, the Embassy remains closed. For emergencies or other urgent matters, the public can contact the Philippine Embassy through Email at athens.pe@dfa.gov.ph or +30 697 431 9539.

CLOSED TO THE PUBLIC

The Philippine Embassy in Athens will be closed to the public on the following days in observance of the Philippine and Greek holidays:

Consular Processing:
Monday to Friday
(except holidays)
9:00 am-4:00 pm

Are you travelling to the Philippines soon?

Here are the following information you need to know.

VaxCertPH Now Accepted Across the EU

Vaccine Certificates issued by the countries/territories listed are also recognized and accepted by the Philippines upon arrival to...

Manually-Extended Passports Not Accepted in Morocco

The Philippine Embassy in Athens informs Filipinos under its jurisdiction to avoid...

In view of the strengthening of the US Dollar vis-à-vis other currencies, such as the Euro, effective 01 November 2022, the consular fees...

The Philippine Embassy informs the public that the registration for the 2025 Philippine National Election will resume on... 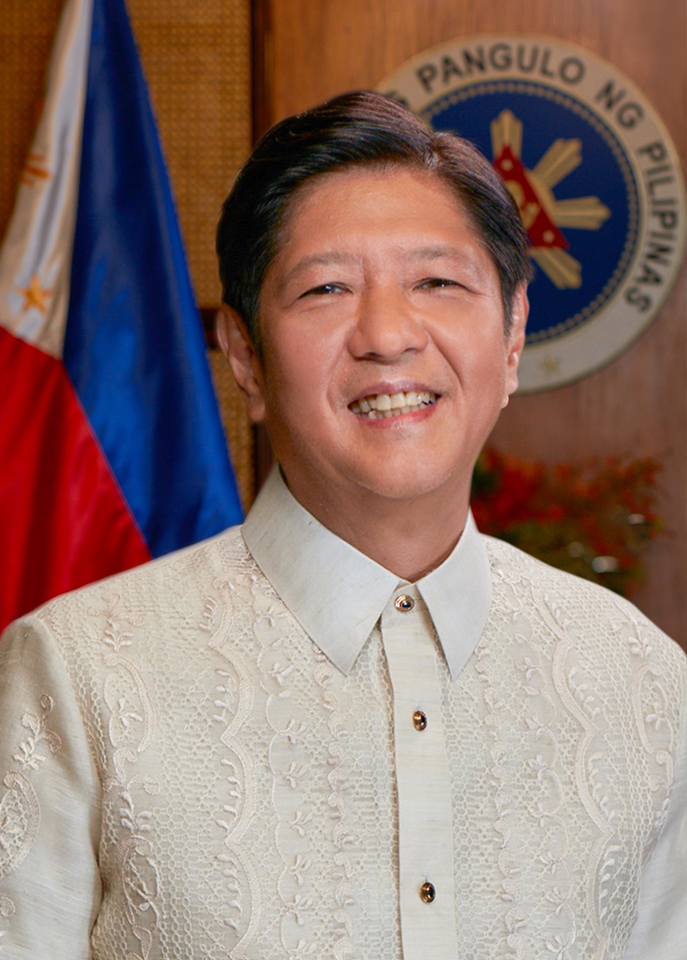 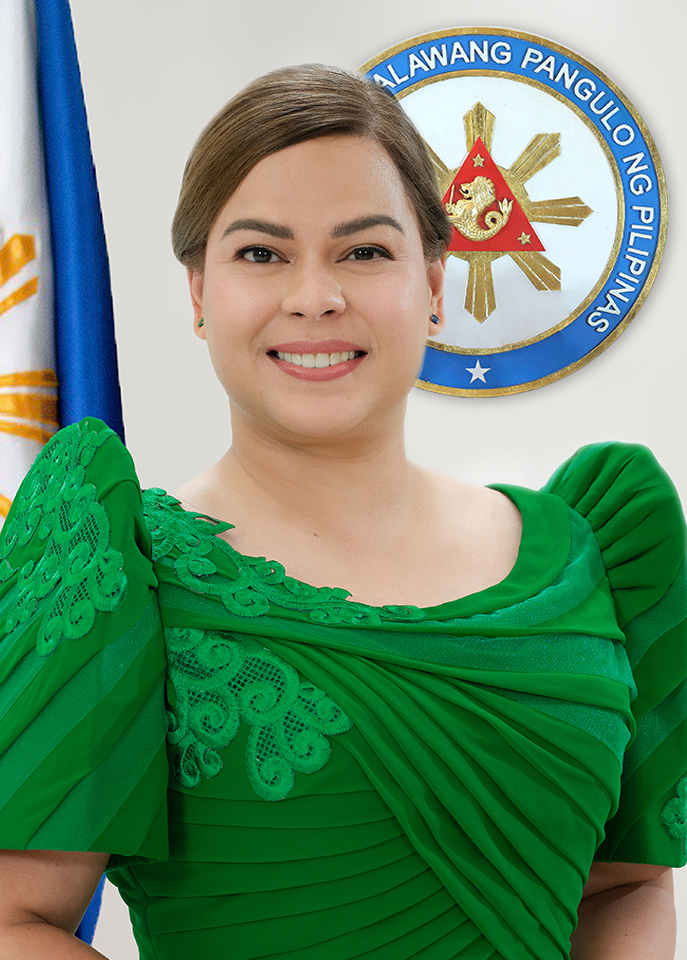 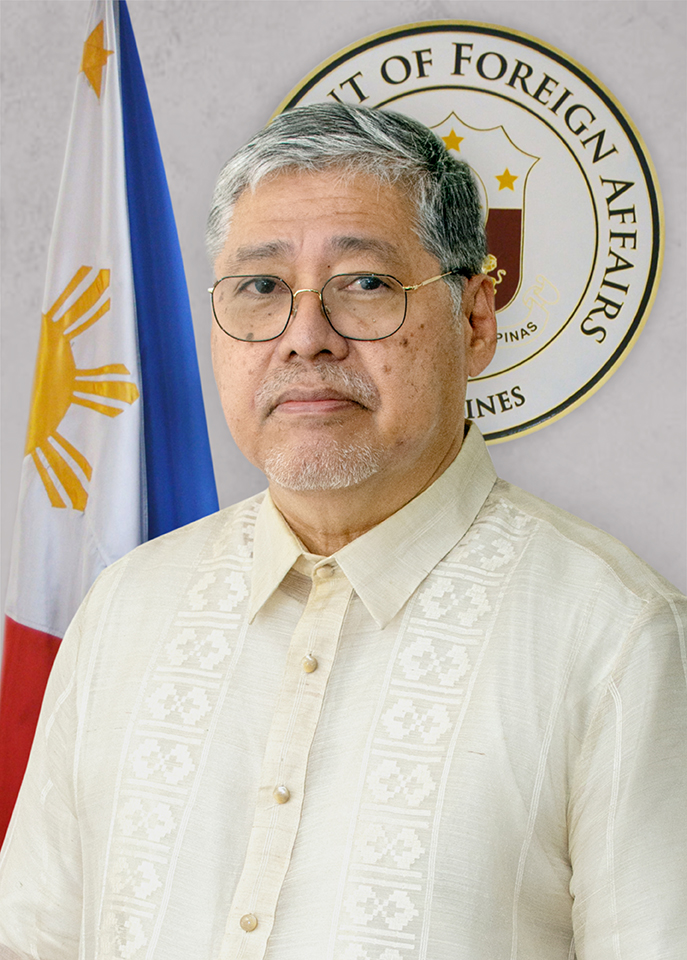 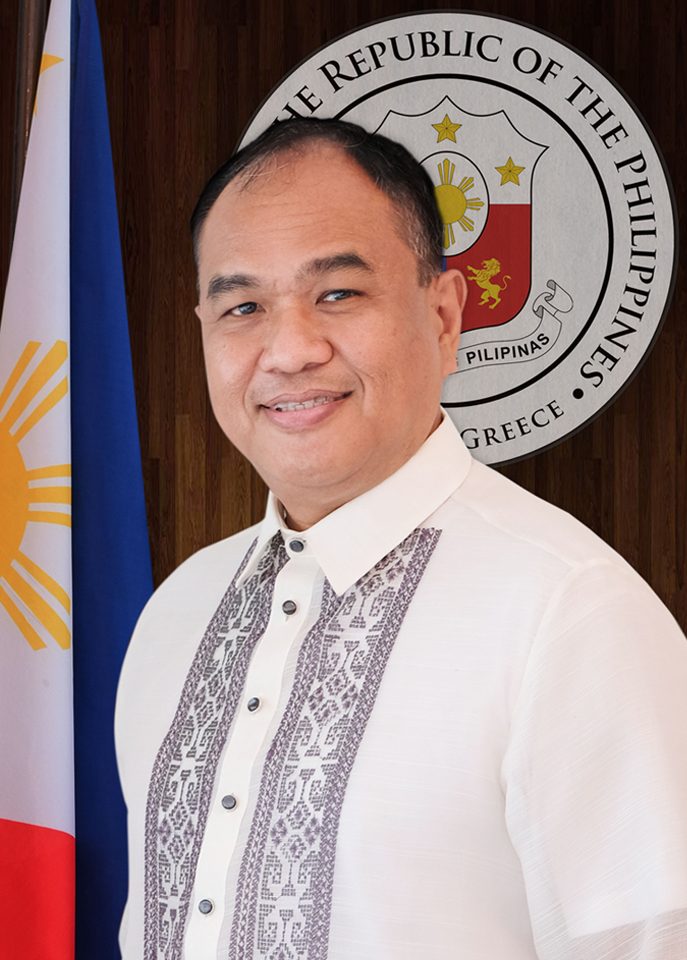 03 February 2023 - As part of the Department’s continued effort to develop new skills for its personnel and improve its services, the Office of Protocol (OP) successfully conducted a one-day training on Basic Diplomatic Protocol to 49 DFA personnel on 27 January 2023 at the Bulwagang Elpidio R. Quirino.

In his opening remarks, Assistant Secretary Francisco Noel R. Fernandez III underscored the importance of having basic protocol knowledge of courtesy calls, arrival honors, table settings, and conference arrangements. He noted that Protocol is the face of the Department since the first and last interaction of foreign visitors and diplomats are with Protocol Officers.

01 February 2023 – The Department of Foreign Affairs (DFA) Maritime and Ocean Affairs Office (MOAO), in collaboration with the Department of Natural Resources (DENR) and the Embassy of Denmark in the Philippines, hosted the 178th Maritime Forum of the Maritime League on 24 January 2023 to discuss (1) the Outcomes of the Deep Seabed Mining Consultations hosted by the MOAO last December 2022; (2) Sea Level Rise and Small Fishing Communities National Plan of Action on Marine Litter (NPOA); and (3) the Net Zero Emissions by 2050 Scenario (NZE).

In their presentations, MOAO Director Robert D. Quintin shared the outcomes of the Deep Seabed Mining Consultations organized by the DFA Maritime and Ocean Affairs Office last 16 December 2023. Director Quintin discussed the next steps and strategies in relation to deep seabed mining for the Philippines.

DENR Assistant Secretary Michelle Angelica Go highlighted the global concerns on the Sea Level Rise and Small Fishing Communities National Plan of Action on Marine Litter (NPOA). In the presentation, Assistant Secretary Go stressed that sea-level rise due to climate change and land subsidence due to over-extraction of groundwater are the twin dangers that cause inundation which puts small fishing communities at risk, this requires comprehensive multi-disciplinary approach to address the sea-level rise and marine plastic pollution through the NPOA.

His Excellency Ambassador Franz-Michael Mellbin, Ambassador of the Royal Danish Embassy in the Philippines, shared Denmark’s advocacy, expertise and commitment to reducing greenhouse gas emissions, particularly on the Net Zero Emissions 2050 Scenario. Ambassador Mellbin highlighted the importance of collective approach between the public and private sector to support initiatives to make the maritime industry more sustainable.

Held in virtual format, the 178th Maritime Forum was one of the most well-attended sessions, gathering over two-hundred sixty (260) participants, from thirty-three (33) foreign missions in the Philippines, six (6) of whom are represented by their Ambassadors, Philippine Foreign Service Posts all over the world, and partner agencies here in the Philippines.

The Maritime Forum is held monthly under the auspices of the Maritime League, a non-profit foundation established in 1995 to advance the interests of the Philippine maritime sector, and promote maritime development and safety through better information, cooperation, and unity of effort among the stakeholders of the maritime industry. END

The event was led online by Philippine-based coach Mr. Ronald Farol, an accredited Technical Official of the Philippine Eskrima, Kali Arnis Federation (PEKAF) and coach of Cambodia Arnis Team. The in-person participants in the Embassy were guided by Mr. Arden Poblete, an Arnis coach based in Greece and founder/Instructor of the Kalidu International Association Inc. in Greece.

The activity was attended by some members of the Filipino community, Embassy personnel led by Ambassador Giovanni Palec, with First Secretary and Consul Therese Cantada, and PDMW-OWWA personnel led by Labatt Cynthia Cruz. The Greek instructors from Modern Kalidu Arnis guided the in-person participants with the basic moves and techniques of Arnis.

Ambassador Palec welcomed the participants and encouraged them to pursue the sport as it develops self-control and discipline and can also be used for self-defense. It also promotes the culture of the Filipinos.

Arnis is already known to some Greeks through the Kalidu Modern Arnis group which was founded by Mr. Poblete. The Embassy plans to introduce and promote Arnis in forthcoming activities. 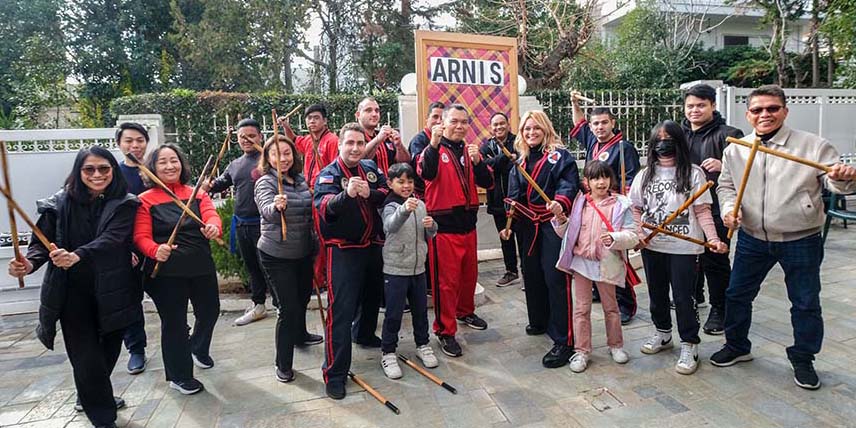 The participants enjoyed the session on Arnis. A group photograph with the participants was taken after the demonstration. They were later treated with a simple meal of pancit, chicken and coffee. 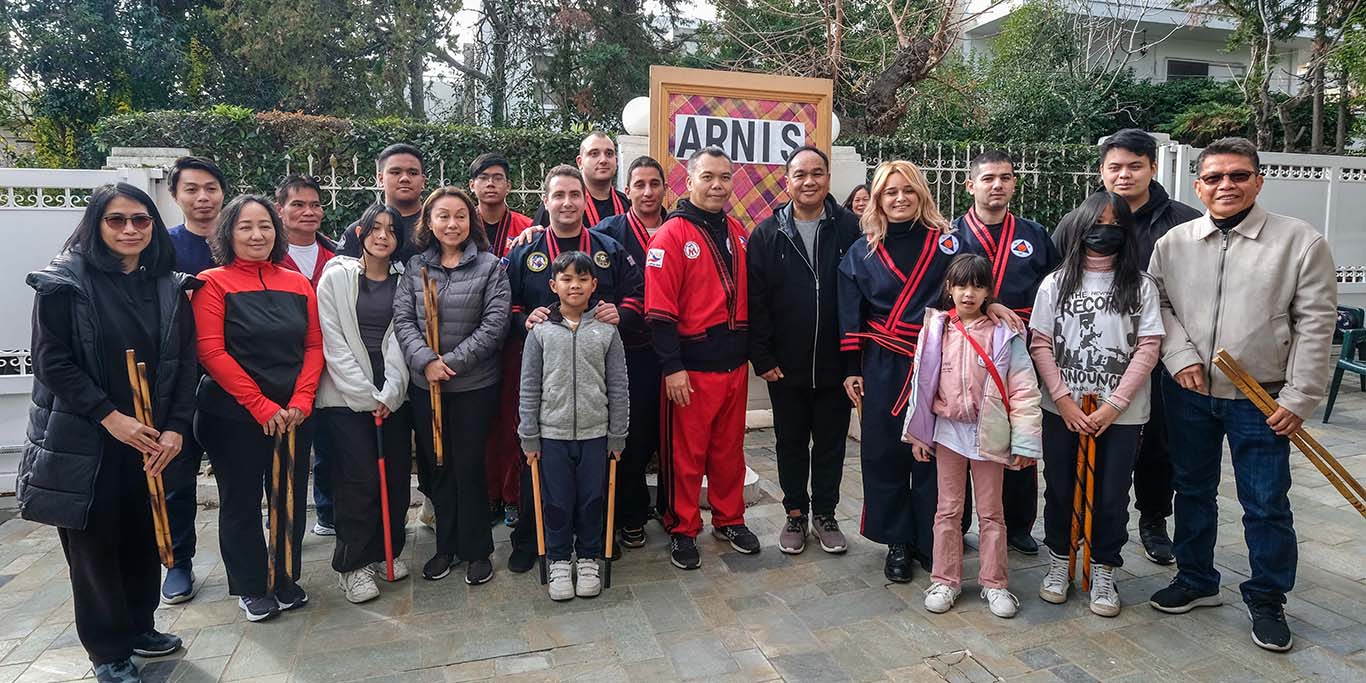 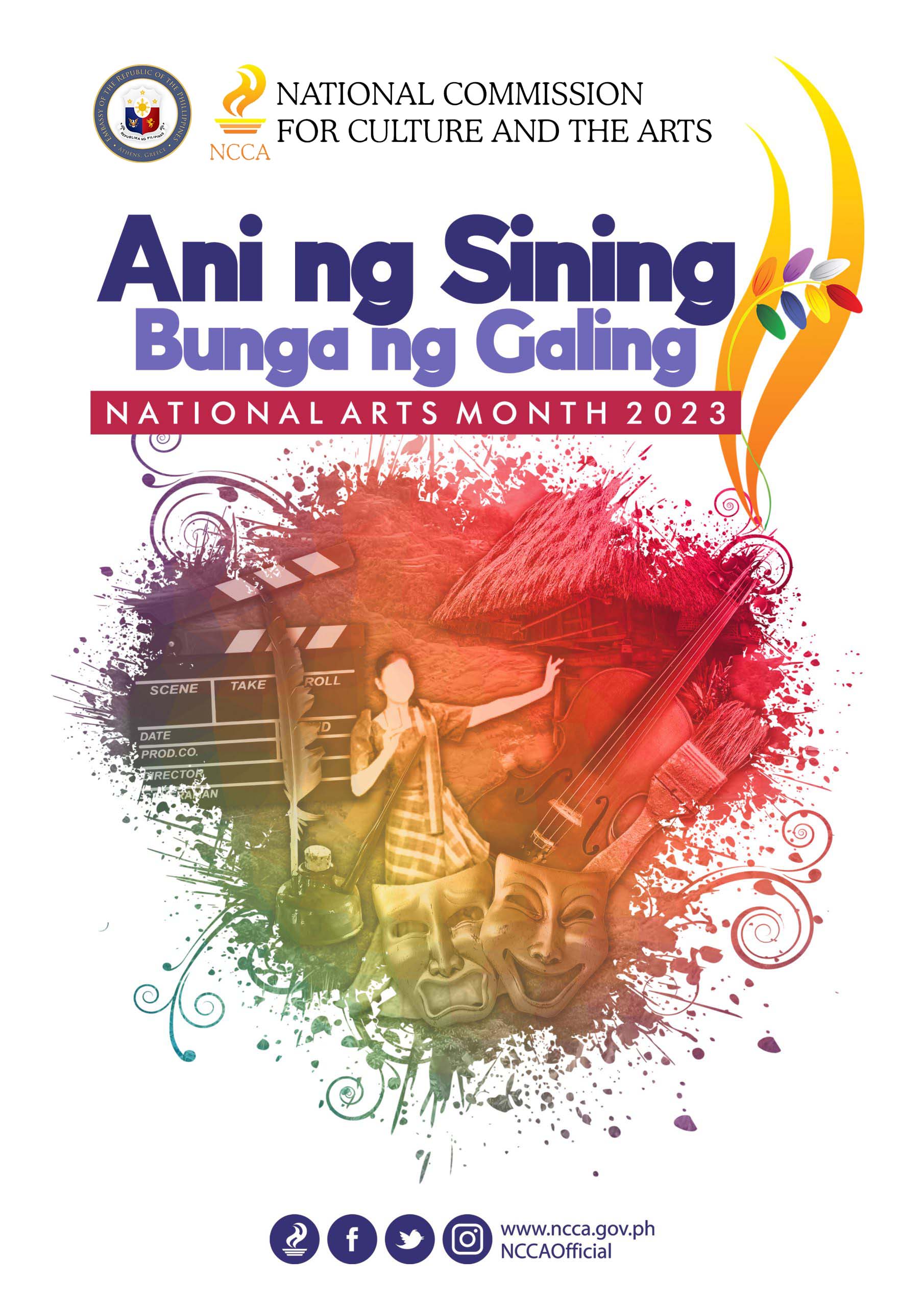 Promulgated by then President Corazon Aquino in 1991, Presidential Proclamation No. 683 declared February of every year as National Arts. Month to celebrate the artistic excellence and pay tribute to the uniqueness and diversity of the Filipino heritage and culture.

With this year’s theme “ANI NG SINING, BUNGA NG GALING,” the National Commission for Culture and the Arts (NCCA) leads the celebration of National Arts Month (NAM) this February and March with various exciting face-to-face and online activities. The theme aims to immerse Filipinos in diverse cultural expressions and celebrate the bountiful harvest from the Filipino imagination.

The theme “galing” refers to excellence in the arts as both a source of bounty despite challenging times, and a product of the passion of Filipino artists and cultural workers. In celebrating National Arts Month in 2023, “galing” alludes to artistic excellence as well as underscoring the capacity of the arts to heal, rebuild, and restore in a post-pandemic setting. 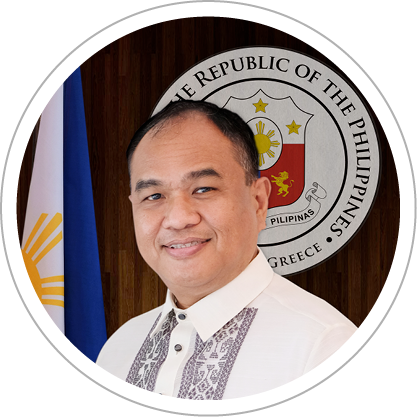 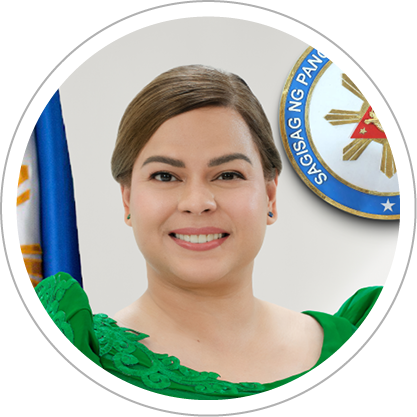 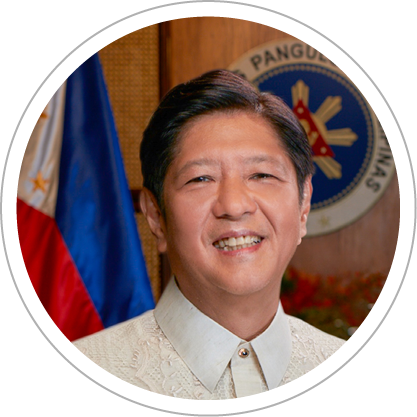 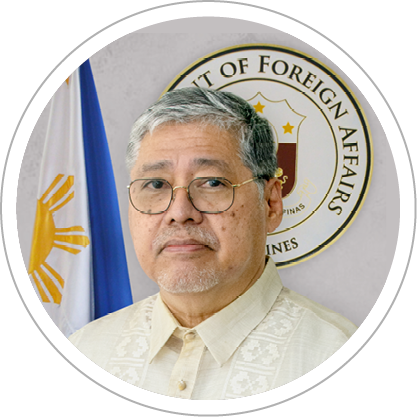 Embassy of the Republic of the Philippines
26 Antheon Street, Paleo Psychiko 154 52 Athens, Greece